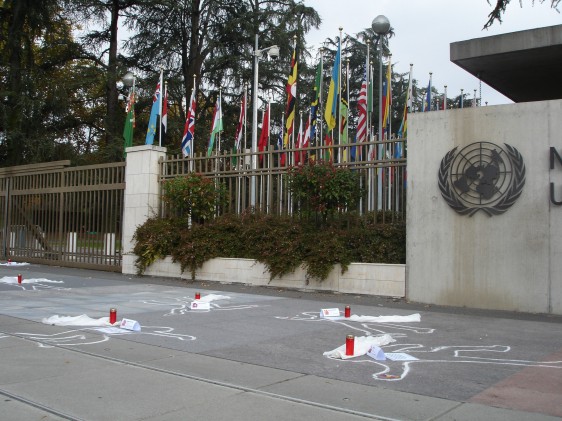 ChalkTibet action carried out during a demonstration in front of the United Nations Office in Geneva, Switzerland.

A chalk outline was drawn for each of the ten Tibetans who committed self-immolation since 27 February 2009. A plate with the name, age and details of each person, as well as a candle, a khatag and small Tibetan flag were added inside the outlines. (These individual details, ready to print, fold and fix on the ground, can be downloaded as a PDF file from here.

All translations can be downloaded as a PDF file from here.