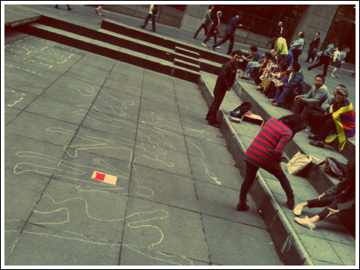 On Wednesday 26 October in Martin Place, Sydney a very sad candlelight vigil was held by Tibetans and their supporters to pray and pay respects to the young Tibetans who selflessly sacrificed their lives by self immolation in a last desperate hope to draw attention to the incredible suffering being endured by Tibetans living under the most severe repression inside Tibet.

Since March this year, ten young Tibetans have set fire to themselves in eastern Tibet; nine monks and one nun, the youngest being only 17 years old. Five died, the welfare of the others is unknown. These unprecedented and truly desperate acts were a cry to the outside world for help.

The vigil was organised by the Sydney Tibetan Youth, attended by Tibetan community members, supporters, monks and dharma centre members.